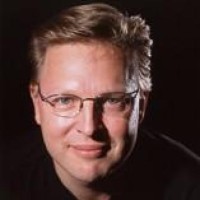 Married to Julie and the father of four children Cameron, Cole, Jade and Quinn, Verne is the founder of two world-renowned entrepreneurship organizations, the Young Entrepreneurs’ Organization (YEO) and the Association of Collegiate Entrepreneurs (ACE). Verne is presently founder and CEO of Gazelles, Inc., an executive education firm, which serves as an outsourced corporate university for mid-size firms and hosts a faculty of well-known business experts including Jim Collins, Geoff Smart, Jack Stack, Neil Rackham, Seth Godin, and Pat Lencioni and sponsors best practices trips to GE, Southwest Airlines, Microsoft, and Dell.

The “Growth Guy” columnist for several publications and a contributing editor for Fortune Small Business magazine, Verne is the author of Mastering the Rockefeller Habits: What You Must Do to Increase the Value of Your Fast-Growth Firm, which has been translated into Spanish, Chinese, Japanese, and Korean. Named one of the “Top 10 Minds in Small Business” by Fortune Small Business Magazine (FSB), he appeared on the cover of the Dec/Jan 2002 issue of the magazine. He is also a contributor to Fortune magazine, where his most recent column urges business owners to stop these 5 Business Killers that may be sucking the life out of their companies

Verne chaired the renowned “Birthing of Giants” entrepreneurship leadership program at MIT for 15 years and the MIT/WEO “Advanced Business Program.” He also chaired for many years the leadership program for Canada’s prestigious “Top 40 Under 40” program and is going into his seventh year leading an executive program in Malaysia entitled “Taipan, the Making of Asian Giants.” He also launched similar programs in Australia, India, and Ireland in 2008.

Given his expertise in the field of entrepreneurship, he has appeared on several national television and radio programs including Smart Money, CBS News, and Nation’s Business Today; and appeared in stories in over one hundred magazines and newspapers including Forbes, Inc. and The Wall Street Journal. Verne has a B.S. in Mechanical Engineering and an MBA from Wichita State University. Hobbies include piano, tennis, and magic as a member of the International Brotherhood of Magicians. Honors include National Leader of the Year for Omicron Delta Kappa (Leadership honorary organization) and one of the first two recipients of the National Laureate Award for Leadership by Tau Beta Pi (Engineering honorary organization).

Arm Yourself with an Advisory Board

Marissa Levin more than doubled her revenues at Information Experts in the past three years, and she’s the first to tell you she couldn’t have done it alone. Her secret sauce: A great advisory board. About three years ago, the founder and CEO of the 18-year-old strategic communications consultancy turned to a mentor for help in growing Information Experts. “My company was stuck at $5 million,” she says. “I couldn’t…

For a myriad of reasons (economic recovery, increased global competition, or simply tired of sluggish growth), there has been a renewed focus on cranking up the sales side of the business with frequent requests for recommendations on effective sales training and techniques. So, in the spirit that it takes a “village of gurus” to help a company, I have recommended several books and techniques, which when woven together, will give…

Where Good Ideas Come From: A Must Read Book

There are a handful of authors whom I suggest business leaders read everything they write: Jim Collins, Pat Lencioni, Malcolm Gladwell, and Steven Berlin Johnson – the latter likely the lesser known of the group. In fact, it is one of my best-read mentors, Reade Fahs, who first turned me on to Johnson’s work, hammering me for not having read Steven Johnson’s earlier book Emergence: The Connected Lives of Ants,…

Four times the revenue growth, twelve times the stock performance, and over 700 times the profit growth over an eleven year period. What competitive advantage led to this huge margin in performance of one group of companies over another in similar industries? In a landmark study of over 200 firms by Harvard professors John Kotter and James Heskett, it was found that companies which equally focus on three key stakeholders…

The Resilient Executive: A Better Way to Work

Work no more than 90 minutes and then take a break! Do this two more times in a day and you’ll accomplish more in 4.5 hours than those cranking hard for 8 to 12 hours straight. Throw in an occasional Vitamin C IV with glutathione and some deep breathing exercises and you’re good to go for the next decade. I’m oversimplifying the message from executive performance icon Tony Schwartz, but…

Like many CEOs, Larry Weinberg thought he knew his customer base – and was marketing to it correctly. His award-winning company, BOWA, which for 22 years has built and remodeled luxury homes in the Washington, D.C. area, considered its main customer the architects who were doing design work on a home and needed a builder’s help on the job. “Yet early last year,” says Weinberg “we realized we were marketing…

Dr. Hermann Simon, my favorite growth company researcher, is at it again – racing around the globe (in Japan as I write this), sharing what he sees are the trends shaping the new decade. He was kind enough to let me preview his latest research and share the results. Here’s my interpretation of four of his trends most likely to impact growth firms: Accelerating Globalization We’ve only seen the tip…

The 7 Strata of Strategy

It’s no secret that the recession has decimated the building industry the last few years. But Jeff Booth’s company, BuildDirect.com, isn’t hurting. It sells building materials at a steep discount through its website, thanks to arrangements to ship directly from manufacturers. “It’s almost like an online Costco of building materials,” says Booth, president and CEO. Expecting his sales to increase by more than 20% this year, Booth has increased his…

Advisory Boards: Why You Need One

Karen Usher credits her advisory board for driving 85 % growth in revenue in 2002 and an additional 35 % in 2003. Frank Holt believes he would have avoided three costly mistakes if he had consulted an advisory board, so he formed one last May. Every major business decision I’ve made has been shaped by my board of advisors. Running a business is simply easier if you have some help…